Are You Shattering Your Chance of Retirement?

It is no coincidence that 90% of 9 Year Mortgage clients are between the age’s of 50 and 60; This is when retirement is in the near future and many people are realizing they are not ready for this next stage in their lives. Unfortunately most people don’t take retirement seriously until they get closer to retirement age, and by that point most of them still have a large amount of debt. Between the recent recession and housing market woes, those nearing retirement are finding that they are ill-prepared for the months to come and are struggling to feel secure with their finances. 9 Year Mortgage will discuss the major causes of those struggling to save retirement funds and the options that are available to them.

Is postponing your retirement all too-real of a thought for you? You are not alone, as many Americans are determining that working well into their 70’s may be their only option. It is unfortunate that the current recession has thwarted too many people’s retirement plans. It seems as if the cost of living has skyrocketed while wages have basically remained the same, which ultimately has pushed millions of people to turn to credit cards to sustain the same standards of living.  The housing market has tanked and is very slowly rebuilding, those who thought they could sell their house for additional income are finding that scenario impossible now because they owe more than the home is currently worth.  The amount of debt that American’s at retirement age have has doubled since the year 2000;  40% of those aged 60 to 64 have current mortgages and 20% of them have two or more mortgages, including home-equity lines.

Mortgages are not the only debt the majority of Americans have; there are the infamous credit cards, parent-plus loans, car loans, personal loans, and business loans. It is brought to 9 Year Mortgage’s attention every day that the nation has adopted the mentality that debt is OK, when in reality it just makes your financial situation worse and harder to fix in the long run. However, debt is not the only thing that is affecting the prospect of retiring.  9 Year Mortgage has realized that the priority to save is dwindling, with the mentality of “we can save double next month” or “we don’t need to save for retirement yet.” The truth being that it is never too early to start saving for retirement, and that the reality of you making up what you didn’t save this month next month is slim to none. Even those who have saved sufficiently for retirement neglected to also have a large back-up fund; forcing those who lose their jobs, need car repairs, or are adding value to their homes before selling it to turn to one option in particular: withdraw it from retirement funds. Shockingly, four out of five households with those 60 and older who had mortgages also had too little savings to pay off debts without plunging into retirement funds.

When it comes to money and retirement savings, the average American makes their biggest salaries in their 50’s and 60’s. At this point in one’s life, 9 Year Mortgage would like to point out that you should be contributing the most amount of money to retirement funds. Unfortunately though, on average only 8% of income in the first quarter is put into retirement accounts! A large portion of people aged 55 to 69 do not even contribute to such funds, all the while they still have a mortgage, on average, of $71,000. Now, not everyone falls into this category, there is still about half of the nation that may not have substantial debt, but are still finding their retirement funds lower than desired. 9 Year Mortgage can not stress enough the importance of saving, especially in such uncertain times. Two, five, ten and twenty years from now are not as predictable as they once were, and we know that the younger you start saving the better off you will be in the future.

Growing Trend…Is It Worth It? 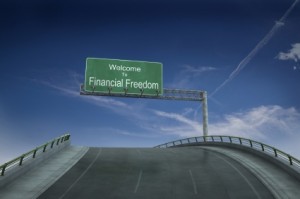 Another trend is actually hurting many of those who are close to retirement age: starting a business. Normally, 9 Year Mortgage congratulates those who have the desire and determination to start a business, however scary statistics make us more reluctant to feel this way when the person who is hoping to start a business is 50 or older. The main reason such feelings occur is due to the fact that those who plan to retire in the next 10 years have drastically under-saved for their future. In the past, with the kids out of the house and the mortgage paid off, this was the point in time where one could notably increase their retirement accounts due to less expenses. However, we are finding that because of the recession and loss of jobs, that those who were not ready to fully retire took a large interest in entrepreneurship. In fact, half of the new business owners in 2010 were 45 and older.

The main concern of those nearing retirement who are starting a business has a lot to do with how much they have saved for retirement and how they plan to fund this new business venture. For most new business owners, personal savings is the number one resource for their start-up cash. Drilling into ones savings so close to retirement can be incredibly detrimental to ones own retirement, considering this is the time they are supposed to be building it, not draining it. Those who don’t dip into 401K’s and incur taxes and penalties, turn to large loans and ultimately rack up the debt. 9 Year Mortgage warns that you don’t get caught up in the idea of making it big and paying off the debt before retirement. The truth is that the average entrepreneur who starts when they are younger have a net worth of $780,000, compared to the later-life entrepreneur’s average of $400,000. Most businesses started later in life also only reach a value of $66,000 compared to $225,000 it could have been if started when one was younger.The point 9 Year Mortgage is trying to make is that starting a business, whether you do so by taking it out of your savings or borrowing it from a bank, is not a typical success or money-maker when someone is over 50.  There are those who do succeed and can comfortably retire, but it is hard to come by when you have such little time and wiggle room to work with.

9 Year Mortgage is constantly aware of the debt and lack of savings that those in the baby boomer era are encountering, as we help them every day. We hope that those who have a couple years, or even 30 years, before retirement will take paying off debt and saving money more seriously. There is nothing worse than pushing back your retirement date by years and years and still continue to struggle to live comfortably afterwords. 9 Year Mortgage encourages you to take a look at your debt and to make a goal of when you want to eliminate it. If you have currently found yourself unemployed, think twice before you jump into starting your own business – there are always unforeseeable factors that take you off your expected or desired track. If you find yourself lost in a stack of mortgage, credit cards, cars, and business loan payments, the 9 Year Mortgage debt plan may be a great solution for you! Remember, you can never save enough – and the sooner you start the better!