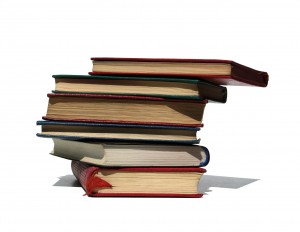 9 Year Mortgage understands that in today’s unsettling economy  many people are scared to invest. The economy has hit low after low, causing several Americans to lose significant amounts of their money. Now, many Americans are wary of spending their money so they hoard it instead of wisely investing it. Society knows that investing is important but is unsure how to wisely do so in today’s volatile market. Now is the prime time to invest, especially while everyone else is too scared to invest their own money.

What Can a Student Do to Invest Now?

Money is often tight at this stage in life but even saving $20 dollars a month or a certain percentage of a paycheck is better than nothing. Students should put that money away in the bank. Hopefully after saving little bits of money for several months there will be a small pile that can be invested.

College students are ambitious; if they weren’t they most likely wouldn’t be in college. Students are going to school to ensure they will have a better life in their future. They are getting an education in hopes to have a steady, good paying career some day. What’s interesting though is students often don’t think of another asset that their future lives could have that would have a positive and lasting impact on them as well.

Investing is seen by college students today as something that older or wealthier people do. This is a common misconception. The truth is the ones who accumulate wealth are those who are well informed, invest early, stay on top of things, and are consistent. Students often think the older they get the more money savvy they will become, but investing is far more about principles and discipline than knowledge.

Young adults are at the prime stage in their lives to invest, yet most of them do not realize this yet. Often students feel like they can not invest because they do not have enough money to do so, or they simply do not know where to go. 9 Year Mortgage wants to stress that those who start investing early have the ultimate advantage. They are given the gift of time to accumulate wealth through compound interest.

If a person starts investing when they are 20 years old and only contributes $5,000 a year to an investment with an 8% return, they will have $1,932,528.09 by the time they retire at age 65. In contrast, if a 40 year old person starts to invest, hoping for the same ending amount as the 20 year old when they retire, they must invest $26,434.62 a year. Those who invest early have a much greater advantage then those who start later in life.

When looking to invest, one should consider their willingness to risk their money. Someone who is conservative with their money will want to focus more on CD’s, bonds, or another type of investment they know will give them a predictable and safe return each time. If an investor is more adventurous, then stocks and collectables might be more their style. Novice investors should be conservative until they know what they are doing. If one decides to take greater risks in their investments, it might be good to try that out when they are young and don’t have a lot of responsibilities yet.

For students, low risk investments worth looking in to are CD’s, blue-chip stocks, and 401 (k)’s. These types of investments are generally pretty safe, and take up minimal amounts of time away from the student’s busy schedule.

A CD is also known as a Certificate of Deposit, and can be started at almost any bank. An investor will put away a certain amount of money for a selected period of time in the bank, and will receive a set interest on the money contained in the CD. The investor must wait until the maturity date before collecting on the CD’s money.

In today’s current economy, stocks are not seen as a safe investment. There are, however, some stocks that are more consistent than most. They are called blue-chip stocks. Blue-chips are stocks whose companies are considered to be the most stable and financially sound in today’s economy. Some of those companies include Wal-Mart, Coca-Cola, and Exxon-Mobile. Some stocks pay dividends to their investors based on the profitability of the underlying company.

A 401(k) is an investment vehicle to save for retirement. Sometimes saving up for retirement is not a college students priority. This should not be the case. Many companies offer 401(k) plans to their employees. This benefit allows employees to put money tax free into their 401(k). Many times an employer will match the amount the employee puts into the account, up to a certain percentage of income. This investment practically gives the employees the opportunity to receive free money from their employer! Students should be aware of these benefits and others similar to it when they are looking for jobs.

Almost every college student will qualify to start a Roth IRA and they can do it at any time. The details of the account change yearly, but for the year 2009, up to $5,000 could be added to the account tax-free each year. You don’t get the same tax advantages as with a traditional IRA, but in some cases the tax benefits are even better.  Rather than investing pre-tax dollars and then paying tax at the time of withdrawal, money is placed into the account post-tax, but then the interest or investment returns accrue tax free, meaning you never have to pay taxes on the income (provided you don’t access the funds until retirement).  Any interest that is earned is penalized if the money is taken out of the Roth IRA early.

By investing early, being aware and consistent, and trying to predict what may happen in the future market, students can invest and be better off financially in their future lives. Students who are looking to succeed financially in their future would do well to start investing now. The sooner someone starts to invest, the longer amount of time they have for the interest to compound on their investments. Time is the most important thing an investor could ask for.

Read another article about college finances by 9 Year Mortgage here.