Is Retirement a Thing of the Past?

Maybe you have noticed how the late Silent Generation and now Baby Boomers are not ending their career path at the “normal” age? Maybe you, yourself, are at the expected age of retirement but are finding that the luxury of relaxing and not working is not something attainable within your 5-year plan. 9 Year Mortgage has found that many adults are having to and choosing to extend their career path’s for numerous reasons; let us tell you why.

For the past three to four generations we have had it in our minds that once we reach the age of 60 to 65 that we should retire, but why? Up until the 19th century people worked for as long as they could because they had no plans of a work-free life unless they became incapable. After WWII, social security became available to veterans and employers expanded options for pensions. 9 Year Mortgage has come to the conclusion that between social security, pension options, and medicare it seemed to make the normal full life of hard work capable of becoming only 1/2 to 3/4 of a life working. To many, the option of retiring early enough to travel, learn a new hobby, or possibly spend the winters in a warmer climate is a very appealing and possible option, so the idea of an early retirement is what we have today. However, we are now seeing that those older than 60 are still working as hard as ever and 9 Year Mortgage believes we know why:

1. Social Security –– Of course the ability to earn money without working is 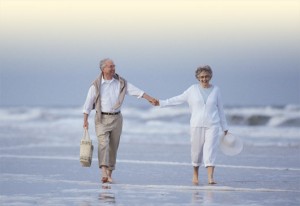 one of the biggest appealing factors that social security has for retirees. However the fact that one’s monthly benefits increase for every year they defer retirement until they’re 70, is giving those near retirement age the will to work longer for better benefits.

2. Pensions —  In comparison, if one has a 401K rather than a defined benefit plan, they are more likely to work about two years longer than the latter.

3. Health-care — More specifically health insurance for those under 65. Once a citizen turns 65 they become eligible for Medicare; but until then the increase in health insurance cost and the elimination of employer-provided retiree health insurance is driving many to stay employed (and insured by the company) until they at least reach 65 to cut their costs.

4. Less Physically Demanding — Today’s jobs are not all working at manufacturing plants or in the mines, the actual amount of physical labor required for most jobs is not even comparable to those of just ten to fifteen years ago. The jobs today are more knowledge based, which means work isn’t as hard on the bodies of older employees.

5. Improved Health — Life expectancy has increased at least 4 years since the 80’s, if not longer. This gives 9 Year Mortgage reason to believe that the older one is capable of living, the longer they work because they are in good health to do so.

6. Education — I’m not sure about you, but after spending thousands of dollars on a degree and X amount of years obtaining it, I would want to work long enough to get my moneys worth from all the time I put into said degree. It has been proven that those with more education work longer than those with less.

7. Spouses — How fun would it be to retire when your spouse is still slaving away at work? For many, retirement is a time to spend with a spouse or loved one. It seems that women are on average three years younger than their spouse. This age difference is resulting in the men working longer until their spouse reaches an age eligible to qualify for Social Security and thus retirement.

When combining two or three of these factors, if not more, it is not hard to see why the retirement age is increasing. Studies have shown that not only are older workers harder workers, but that they usually are paid less than their younger coworkers. Because this is true, it leads 9 Year Mortgage to believe that the older generation is not just working for money, but because they either like the work they do or they just simply enjoy having something to do. One must also take into account that some have retired and found they did not save enough, therefore they have to return to work for monetary support in their “retirement years”. 9 Year Mortgage has found that a majority of people have not started to save or saved enough for retirement. Visit the 9 Year Mortgage Retirement category on our blog for more information on not only what is holding many back from a successful retirement, but how 9 Year Mortgage can assist you in making your retirement comfortable and secure.

Will 9 Year Mortgage Work for Me?

9 Year Mortgage Representatives are standing by to answer all of your questions about our program, including how soon you will be debt free, and how much money you will save in interest! For more great money saving ideas visit 9 Year Mortgage on Youtube or go directly to the 9 Year Mortgage Money Saving Minute.  9 Year Mortgage recently launched their Eliminating Debt with 9 Year Mortgage site , which is also full of valuable, free information.