Should we discuss the allegedly good or bad news first? Since it’s better to end on a positive note, 9 Year Mortgage is sorry to say that the already steep costs for college tuition have once again spiked in over 30 different states. On the upside, the new debt deal may have cut military spending and made the stock market plummet, but college grants did get a funding boost. An increase in awarded Pell grants could be the best news to those students who are married, older, or who come from homes with low income; But a wise word for all of you parents who earn enough to make your dependent child ineligible for grants–your bank account may be drained from tuition or your child will have a dramatic increase in debt from student loans.

Discuss the Increase in College Costs with 9 Year Mortgage

Many of you reading may wonder why tuition prices are increasing even more than the already estimated 8 to 10% increase that was announced earlier this year. Well 9 Year Mortgage believes that the decline in revenue nationwide could be the biggest cause. With less money coming from property and sales and income taxes, colleges are becoming ideal targets to help make up the difference. However, some believe that this very last minute tuition price spike has come as a direct result of the increase in funding for Pell grants. Representative Trent Franks, of Arizona, was one of many who opposed the expansion of Pell grants because he believes it will encourage colleges to raise their prices. With a combination of declining revenue and an increase in the value of Pell grants, it is believed that this years college students will unfortunately be struggling to make ends meet. 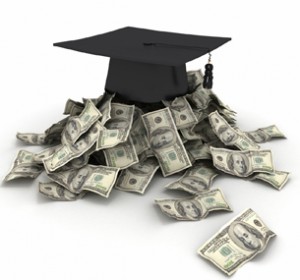 Regardless of your careful financial planning for your child’s college education, 9 Year Mortgage is fearful that you, along thousands of others, will almost certainly be lacking funds due to the hike in tuition prices; that plus the decision of states to cut financial aid packages. Thirty-six states have announced additional increases to their public universities tuition, on top of the decrease or discontinuation of state funded financial aid. Although public universities have proven to be heaps less in tuition cost when compared to private universities, with the average public university costing $7,600 for a school year in comparison to the $27,300 of a private university, the additional 12% increase (on top of the previously announced 8-10% increase) is leaving many public university students fumbling to find additional money to pay for their college education. The short notice given to students and their parents who had previously saved, is now making them turn to financial aid for help in making up the difference. Unfortunately, because states and the federal government have also cut their support given to schools in terms of grants and financial aid respectively, the schools are not encouraging students to take out loans–but ironically asking them and their parents to make up the difference. This vicious circle is undoubtedly leaving students and parents discouraged with their inability to makeup the shortfall. To find out if the university you or your child is attending, or planning on attending, has raised their tuition costs 9 Year Mortgage suggests that you contact their financial aid office. If a student you know is struggling to make ends meet, in terms of tuition, you may suggest that they could attend a community college for a semester or two; they are known for offering drastically cheaper classes and they often can be transferred to another college for credit.

Although some states have cut state-grants and the the federal government is lowering financial aid, in terms of loans, there is an upside! If you or your child is trying to obtain their undergraduate degree, the newest debt deal has actually helped students in a way. If low-income students are trying to finance their college expenses, they may be eligible for a Pell grant. The newest debt deal not only protects Pell grants from being decreased in the future, but it also increased the maximum amount a student can obtain from $819 to $5,550! The increase in undergraduate Pell grant funding does come at a cost to those in graduate schools with loans. Under the new ruling, low to medium-income graduate students will now have to start paying their interest back on their loans while they are still in school. As unfair as this seems, since medical school, law school, dental school and professions alike are all considered graduate programs where no income is earned for years, the increase in Pell grants will give those in a worse financial situation the opportunity to better their education and lives. As of last year, more than nine million students needed Pell grants in order to go to college.

With the new school year just a couple weeks away, tuition and financial aid is on nearly every student and their parents minds. 9 Year Mortgage suggests that you do not take this influx in tuition prices lightly nor assume that your university of choice was not effected. If you are a parent planning for your young one’s future, 9 Year Mortgage cautions you that the future of public colleges tuition prices and financial aid is unforeseeable; It is always better to over-estimate rather than under-estimate when it comes to tuition.