The Risks and Consequences of Debt Settlement – Nine Year Mortgage

What does a Debt Settlement Firm do?

What does a debt-settlement company do for you? In theory, it’s supposed to help you negotiate down your debt balances. In practice though, that doesn’t really happen right away, because at the first, there is nothing for them to negotiate, since most people don’t have money in their settlement account that could be paid to any creditor.

Nine Year Mortgage has seen the following scenario play out with some of our clients:  the creditor finds out a client is working with a debt-settlement company, so they escalate it.  That means sending it to a collections agency sooner or even suing you to get a judgment.

Nine Year Mortgage Discusses the Bad Side of Debt Settlement

Here’s the bad part.  When your creditor takes legal action, many debt-settlement companies will drop you, since they don’t have the right to give legal advice or represent you in court.

There is another hidden downside.  While there’s no independent research on the average success rate of debt-settlement programs, the experience of Nine Year Mortgage is that a majority of clients will drop out before the company reaches a settlement with their creditors.

Our advice:  Consult with a reputable bankruptcy lawyer beforehand, as it may be your best option.  Unless you have the money ready for settlement (like borrowing from a 401(k) or having some kind of lump sum in reserve), bankruptcy may better alternative.

Here are more things a debt-settlement company might not tell you:
The salespeople are usually commission based, and they are motivated to make a sale. They make big bucks when you sign up, and the truth is that 70% of clients drop out before they’ve even settled with more than one creditor.  They leave their fees behind, in the pocket of the salesman.

According to Nine Year Mortgage, Who Should use Debt Settlement Services?

In the opinion of Nine Year Mortgage, debt settlement is very similar to a Chapter 13 bankruptcy, which sets up a three- to five-year schedule with your creditors to repay your debts. However, with the bankruptcy, you take the hit and move on with your life.  You get no hassling creditor calls.  With the debt settlement, you pay the money for the same three to five years, but it goes into your settlement account, and meanwhile, creditors continue to call, and there is no guarantee they won’t fall out of line and sue.

Furthermore, the cost of a Chapter 13 bankruptcy is often less than a Debt Settlement contract.
Creditors don’t settle unless you’re severely behind on your payments. That means one thing: Debt settlement is damaging to your credit. Just how damaging it is depends on your track record. If you’re already behind on payments, your credit will suffer less than if you’ve managed to avoid delinquencies and credit charge-offs.

In the experience of Nine Year Mortgage, the damage to credit from Debt Settlement is at least as bad as that of a bankruptcy, only it lasts longer.

Remember, with bankruptcy, creditors have to stop collections efforts as soon as you file. That’s not the case with debt settlement. Even if you inform your creditors of your efforts to settle, they won’t stop trying to collect. Worst-case scenario, they could sue you for the amounts you owe. Should that occur the only way to avoid a black mark on your credit record would be to pay off the debt in full, or file bankruptcy, which is probably what should have been done up front. 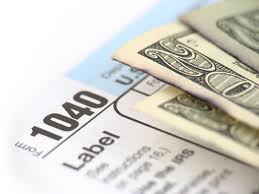 One last thing.  Debt settlement is a taxable event.  Any forgiven balance that exceeds $600 is taxable income.  Sometimes that tax event can put people in worse shape than they were in to begin with.  Nine Year Mortgage had a client who was able to settle about $40,000 of credit card debt for $18,000, but they received a 1099 for $22,000.  Even with a tax bracket of 15%, which is the lowest for all filers, this money must be reported as income, and the tax bill is $3300, which the IRS will not forgive.

There is one exception:  if you’re insolvent — namely your assets are less than your liabilities — you can petition the IRS to waive that tax liability by filing Form 982.

BOTTOM LINE:  Nine Year Mortgage believes the negatives of debt settlement can sometimes outweigh the positives.  We would recommend a bankruptcy consultation along with consideration of the settlement option.  If you must settle, we cannot in good faith tell you that any debt settlement company will negotiate better deals than you could have on your own, or that an attorney might not be able to negotiate for you, each at a much lower cost.

Will the Nine Year Mortgage Financial Plan work for me?

Nine Year Mortgage Representatives are standing by to answer all of your questions about our program, including how soon you will be debt free, and how much money you will save in interest!

Do you offer referral gifts or $$ to members for referring other clients to your business?

Yes! Please contact your Plan Coordinator for more details, or call our Customer Service Line at 888-790-2174.