In a move that could discourage some merchants from accepting debit cards for small transactions, Visa Inc. and MasterCard Inc. are raising the fees merchants pay for small ticket debit purchases. So what does this mean? Read on and 9 Year Mortgage will tell you.

9 Year Mortgage and the Raising Fees

9 Year Mortgage found some research that the credit-card companies plan to increase the fees, which are paid to banks, no 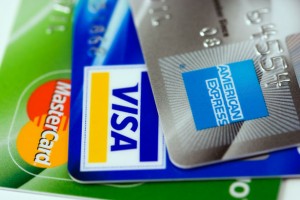 t to MasterCard or Visa, to 23 cents per transaction. As of right now a retailer pays about eight cents for a $2 cup of coffee purchased with a debit card. Some experts say that the increase will kill the economics for small ticket debit purchases and some say that it may lead to a merchant revolt against the card networks. Visa and MasterCard wouldn’t directly comment about these speculations, however they have said they would change debit card fees, known as interchange, in response to new federally regulated caps. 9 Year Mortgage believes that any increase in fees for small ticket transactions likely wouldn’t affect all merchants the same. These rate changes by the companies can affect merchants differently because fees vary depending on the type of retailer and, in some cases, the volume of card purchases. 9 Year Mortgage observed that the key driver of the fee increase are rules of the Federal Reserve Board finalized in June that limit the fees merchants pay when a consumer uses a debit card to 24 cents per transaction. An analyst with D.A. Davidson & Co., says that Visa plans to increase its rate for some small ticket transactions to an amount that equals the U.S. Federal Reserve regulated cap. 9 Year Mortgage says that MasterCard, in a statement provided by a spokesman, said it recently informed its banks that it will implement a two tiered interchange structure for debit and prepaid cards for issuers affected by the cap and those that are exempt. 9 Year Mortgage observed that any increase in the fees charged on small transactions could help banks that issue debit cards, like Bank of America, J.P. Morgan and Chase, Wells Fargo, offset some of the billions of dollars in revenue they are expected to lose annually as a result of the Federal Reserve’s caps.

9 Year Mortgage says the Federal Reserve’s new limits stem from a provision in last year’s Dodd-Frank financial-overhaul legislation known as the Durbin amendment. The caps could get rid of $6.6 billion in revenue annually for such banks. The Federal Reserve’s new rules limit debit card fees to 24 cents per transaction, this includes an allowance for fraud costs, compared with a current average of 44 cents. These caps will take effect this month. 9 Year Mortgage says that these raising fees on small ticket debit purchases could hurt self service kiosks, such as DVD rental kiosks, which benefit from debit-card 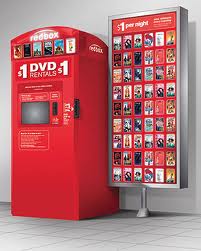 Concluding It With 9 Year Mortgage

These issues will really only affect those who make a lot of small ticket transactions. For those of us who like to rent our movies from Redbox we may see a raise in price. 9 Year Mortgage says Redbox sees millions of small dollar amount transactions. If interchange or other fees increase, it would raise their operating costs and lower their profit margins or require that they charge you more for their products.

To learn more about 9 Year Mortgage, and to find out if you qualify for the 9 Year Mortgage program.  Find out how soon you could be completely debt free, including your mortgage, with the 9 Year Mortgage Financial Plan.Find out what thousands of satisfied clients already know about taking control of their finances, and using the power of reverse compounding interest to beat the banks at their own game!

9 Year Mortgage Representatives are standing by to answer all of your questions about our program, including how much money you will save in interest! For more great money saving ideas visit 9 Year Mortgage on Youtube or go directly to the 9 Year Mortgage Money Saving Minute.  9 Year Mortgage recently launched their Eliminating Debt with 9 Year Mortgage site , which is also full of valuable, free information.