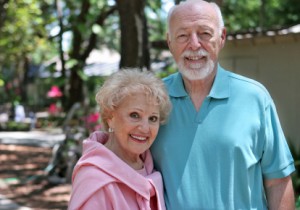 Many people have diligently put their money away into their 401(k) plan’s for years in hopes to have a comfy retirement.  In recent years, 9 Year Mortgage has seen people’s perfect financial plans turning out to be their greatest concern.  The once glorified perception of a care-free retirement is now plagued with the stark reality that their retirement accounts will simply not satisfy their standard of living, or their long hoped for financially stable future.

Data was compiled which shows that those aged 60 to 62 with a 401(k) plan, have less than one-quarter the amount needed to maintain their standard of living throughout their retirement years. Even with the addition of  Social Security, pensions, or other savings, most 401(k) participants appear to not have enough to last them through the years.  They are postponing retirement, moving to less expensive housing, and buying generic brand foods.  They are also cutting back on their long awaited vacations, sacrificing to save financially, and taking more risks with their investments.

A few facts from 9 Year Mortgage

9 Year Mortgage sums it up

The economic roller coaster that the United States has had in recent years has sent us all for a loop–especially those who were close to retiring.  Many Americans have found themselves at a loss in their well planned future.  Their retirement plan had not accounted for a stock market collapse, a housing crisis, and a general economic recession.  Because of this, many of those who were hoping to retire soon are finding that they will not be able to.  Some are even thinking that they will have to work part-time into their 70’s.  While there is no perfect solution to the problems faced by potential retirees today, perhaps a lesson can be learned by the  younger generation on how to avoid the financial pitfalls that may come even after careful planning.